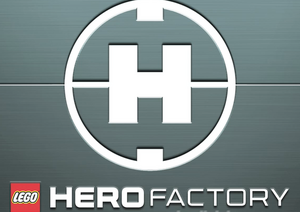 Hero Factory is a LEGO building toy line that ran from summer 2010 to the end of 2014. It is the replacement theme for the BIONICLE line, and borrows certain aspects of its predecessor.

Heroes are mass-produced in the soaring Assembly Tower of the aptly-named “Hero Factory”. The organization sends Heroes to catch villains, save citizens, and avert disaster across the galaxy, based on calls that come in to their Call Center. Fans of the line can actually call the Hero Factory at 1-888-4-HEROFACTORY.

Much like BIONICLE, Hero Factory has a comic series to promote the sets. The comics may be seen on HeroFactory.com, though some of the comics have also made it into print. A straight-to-DVD movie, which was split into four episodes for television broadcast, was also created. There is also a podcast under the name of Hero Factory FM that is released roughly every week to tell the Hero Factory story in a goofy and humorous way.

Universal Studios may have been planning on making a live-action movie based on the toy line,[1] but given the discontinuation of the Hero Factory line, it's unlikely that this movie will be created.

Retrieved from "https://herofactory.fandom.com/wiki/Hero_Factory_(Brand)?oldid=26154"
Community content is available under CC-BY-SA unless otherwise noted.